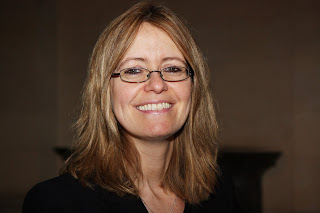 She may seem much too young and full of fun for the job. Simply that she is a woman makes her appointment unusual. The Foreign & Commonwealth Office in London has appointed Ms Jill Gallard as Britain's next Ambassador to Portugal.
The announcement was made yesterday (Wednesday) although Ms Gallard is not expected to take up her appointment until July. She will be only the second woman to serve as Britain's ambassador to Portugal in the long diplomatic history of the two nations. In a way that is not so surprising considering that politically and diplomatically Portugal is still steeped in male dominance.
The only woman in the post before her was the formidable Dame Glynne Evans, who was in Lisbon between 2004 and 2007. Not only a diplomat but an academic with a special interest in military history, Dame Glynne since her retirement has been a research associate at the Royal United Services Institute and an Advisor to the Director of the Defence Academy in the UK. 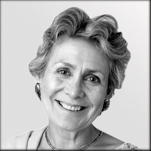 Dame Glynne is a spinster. The newly appointed ambassador is married to Dominic Gallard and they have two young sons. Yesterday's announcement did not reveal Ms Gallard's age but it noted that she joined the Foreign & Commonwealth Office in 1991.
She quickly became Desk Officer for Spain and Portugal in the Consular Department. In the summer of 1992 she was Consular Attaché in Barcelona during the Olympic Games. Since then she has spent much of her career working on European Union and EU enlargement matters. Apart from London, Ms Gallard has worked in Prague, Madrid and Brussels.

Pending her arrival, another married mother with two sons, Ms Joanna Kuenssberg O’Sullivan, is holding the fort. Formerly Deputy Head of Mission, she has been Charge d’Affaires at the Embassy since the departure of the previous ambassador, Alex Ellis.
Senior female involvement at the Embassy does not end there either. The head of the UK Trade & Investment Section is a woman; the Consul in Lisbon is a woman; and the head of the Corporate Services (Management) Section is also a woman.  So is the Director of the British Council in Portugal.
The youthful Mr Ellis obviously not only approved of women occupying high places, he was also one of Britain's first 'digital diplomats' and regular wrote a blog in Portuguese. He was an example of how a younger generation seem to be shedding the stuffy image that once shrouded ambassadors. It is a trend that Ms Gallard looks like continuing.
Still, centuries-old tradition cannot just be thrown to the wind. Commenting on her new job, Ms Gallard said: “I am honoured and delighted to be appointed HM Ambassador to Portugal. I look forward to further developing the deep relationship between the UK and Portugal, the oldest alliance in the world, and to promoting our close partnership, both in the bilateral political and commercial context and in multilateral fora such as the EU, the UN and NATO. Our people and businesses help to maintain these ties in every aspect of life in our two countries.”
Posted by Portugal Newswatch at 12:07 PM