Conning on the cost of living 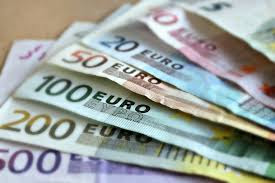 The soaring cost of living because of record-breaking inflation rates is bad enough in itself, but there are a couple of other rather sneaky economic things to worry about too.

The annual inflation rate in Portugal hit 8% in May, up from 7.2% in April and the highest since February 1993. It has pushed up the prices of fuel, food and much else.

The latest statistics confirm that the annual rise across the Eurozone was a record 8.1%, four times higher than a year ago. In the United States the rise was 8.6% in May, up from 7% in April. In the United Kingdom it is already at a 40-year high and predicted to peak at 15% and remain very high into 2023.

Inflation and the cost of living are causing a global crisis that is expected to get worse, perhaps much worse, just about everywhere. It is being exacerbated by the war in Ukraine and the breakdown in economic relations between Russia most European countries and elsewhere in the Western world.

The economic crisis has prompted some companies into a neat way of deceiving consumers. The name of the game is 'shrinkflation'. The trick is to reduce the quantity of a product while keeping the same price. It’s happening mainly in the food and beverage sector and it’s a way for companies to maintain or boost profits while combating rising import and processing costs.

The cunning ways being used in shrinkflation include reducing the content of toilet rolls by shrinking the size or thickness of each sheet, or cutting the number of sheets per roll. Would you really notice the difference?

One way of cutting the quantity but not the price of a non-alcoholic liquid in a plastic bottle is by curving the centre of the bottle inwards so it has a slimmer waist and is easier to hold. Some coloured bottles of cleaning liquid are perhaps unnoticeably just not topped up as before.

These sorts of tactics make it less obvious to consumers than simply bumping up prices and apparently they are perfectly legal if the correct information is included in the small print on the bottle or package.

No-one can get away with this when selling a kilo of potatoes of course, but shrinkflation is seen by producers as a method of reducing the risk of affecting the reputation of brands. It has been around quietly for a few years, supposedly far less so in Portugal than elsewhere, though it is difficult to monitor and little talked about.

A nastier con trick among some companies passing rising costs along to consumers is the so-called practise of ‘drip-pricing’. The way it works is that online retailers of goods and services offer an attractive price that lures buyers into a purchase process, only to be told at the last minute that a fee, tax or surcharge has been tacked on.

It’s all rather grim, but so is most of the news nowadays. However, the world’s wealthiest billionaire, Elon Musk, has a positive tip if you happen to have money and aren’t quite sure what to do with it. He suggests putting it into real estate. House prices are high but buying one can be a solid investment. Looking at it another way, it’s currently a seller’s market and there’s a serious demand for homes, so if you sell one you might make a solid profit.

Musk was talking from an American perspective, but it probably applies here in Portugal too.

As one specialist company put it: “Buying a property in Portugal is becoming more expensive and the pace of increases shows no signs of slowing down.” A year-on-year increase of more than 15% has been recorded. To heck with inflation, both Mr Musk and you might be tempted.

Posted by Portugal Newswatch at 10:47 AM