I arranged to meet the acclaimed writer C.A.R. Hills in a beachside village in the eastern Algarve last weekend to learn more about why he had tried to hire contract killers to murder his mother's lover. I was also interested in why he had attempted to strangle a care worker. I knew he had served time for these crimes, but I was surprised to discover that he is now facing a recall to prison for breaching the terms of his parole licence by absconding to Portugal.
The one thing you can't fault Hills on is his openness and honesty. “In theory, I should feel remorseful about what I have done, but I don't,” he told me. 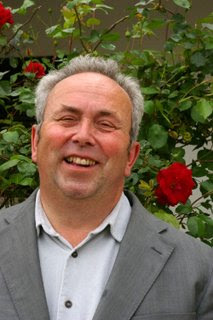 Charles Hills, as he is known outside the literary world, doesn't come across as a would-be murderer. Aged 55, physically he is short, overweight, unfit. Mentally he is the opposite: extremely alert, well-read and articulate. He smiles a lot, enjoys company and welcomes a bit of banter. Behind this façade, however, lies a lonely man who has always lived on his own and who suffers bouts of depression.
So how did he fall foul of the law? His story is one of surprising irrationality and ineptitude. Bizarrely, it is also a story of love. It is rooted in his love for his mother - an excessive, obsessive adoration that went far beyond the norm.
Maria José dos Reis was born into a peasant community near Mafra in 1923. After World War II she went to London and worked as a maid. She married an Englishman but it was an unhappy union. Charles was their only son. His father left his mother for another woman.
A bookworm throughout his childhood in Crawley, Sussex, Charles graduated from Oxford University and became a well-known figure in London literary circles. Under the name C.A.R. Hills he has written books, edited the journal PEN News and contributed to such publications as the Guardian, the New Statesman, and especially Prospect magazine.
According to Charles, his mother was “very independent, hard-headed, dynamic, lively and lovely.” Always smartly dressed, she ruled the Hills' household during the marriage. Having become a silver-service waitress, she stopped working in 1983 at the age of 60 and decided to return to Portugal.
Charles was 27 then. “I broke down and cried when I said goodbye to her at Crawley Station. I knew it was the beginning of a parting that would be for ever.”
Maria eventually bought a three-bedroomed house in Altura near the Algarve-Spanish border. On settling back in this country she could be rather snobby towards the Portuguese in an English sort of way, Charles said. Nonetheless, when she was well into her seventies she fell for the charms of a local gardener and handyman called Flávio Rosa. He was 30 years her junior, only two years older than Charles.
Although married with four children, Flávio moved in with Maria. Charles first learned they were having sex when his mother admitted it during a visit to London in 2000. It wasn't the sexual activity that bothered him. He became angry when his mother told him she had altered her will to give Flávio the right to permanently occupy the Altura house for the rest of his life. By that time Maria was suffering from Alzheimer's. Charles was convinced Flávio had exploited her confused vulnerability. 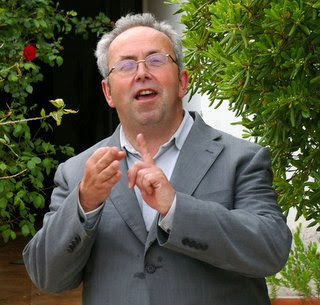 According to Portuguese law, as the owner's son, Charles would inherit his mother's house after her death. But he did not like the idea of sharing it with Flávio. Maria told Charles she had given Flávio the right to live in an upstairs flat. Later, on being allowed to read the will, Charles discovered that it was the whole house to which Flávio had living rights.
“The issue as I saw it was that my mother had tied me up in knots from which I could never escape. I wanted my freedom, and to be a whole person.”
For many years Charles lived alone in Clapham, London. It wa there that he went off the rails. The deaths of his mother in 2002 and father in 2004 worsened his delusional mental condition.

“The process of my gradual disintegration took about four years, during which I moved between England and Portugal and in many ways continued to live a normal life. Some people did not notice anything was wrong. Life in cities like London and Lisbon is an isolating process.”
There were, however, some very conspicuous and serious incidents. At times he raged. He tried to strangle the director of a social club for people recovering from mental illness. He admits he would have killed her had he been able to get both hands around her neck. He also tried to kill himself with an overdose. “As my mental health declined, I started fantasising that I was related to Goebbels. Soon it all became too much and I swallowed 100 pills,” he wrote while in Belmarsh prison.
He had already undergone psychiatric treatment by the time he decided to have Flávio killed. “I realised I couldn't do it myself. I became obsessed with finding a hitman.”
The first person he approached was a down-and-out drifter who disappeared with an up-front cash payment of £2,500. In 2006, indiscreet inquiries led to a series of meetings in London pubs with seeming 'professionals' and a £15,000 agreement: Flavio's death would look like and accident and his body would be dumped over the border in Spain.
Charles, who had always been broke and in debt, planned to fund the murder operation with a bank loan, dole money and help from the Royal Literary Fund. In the end no money was needed. He had been negotiating with undercover police officers.
In the Old Bailey in 2007, entirely in line with his open and honest character, Charles admitted his guilt to charges of soliciting to murder and grievous bodily harm. His seven-year sentence was reduced to five years upon appeal. With good behaviour he was paroled after serving two and a half. One of those years was so “unpleasant” he won't discuss it.
As if to emphasise just how absurd his criminal delusions had been, a Portuguese court overturned the will on the grounds that it had been made while Maria was suffering from dementia. In November 2009, Flávio was evicted.
After all he has been through, Charles doesn't like the house he has inherited and would like to sell it, but can't, not yet anyway. Apart from the state of the property market, the house is still in legal limbo. He is living off the proceeds of the flat he owned in Clapham and another near Lisbon.
Charles recently met his mother's lover again in Altura. The meeting was amicable, considering what had gone on before.

“I don't think I ever really hated Flávio,” he said. “It was just that he stood in the way of my freedom. When I saw him recently, when he came to collect his things, I didn't dislike him at all, nor, I think, did he me. We really got on very well and I helped him and his friends carry things to the van.” 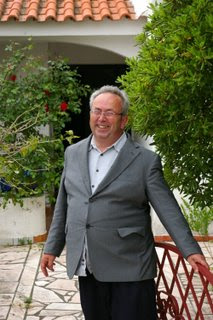 Perhaps this attitude can be explained at least in part because Charles became a “liberal” Christian while in prison. “I'm not dogmatic, but I hold to the basics of Christianity,” he said.
Looking back on his murderous intentions, he does not see himself as a worse sinner than anyone else. “In theory I should feel remorseful, but I don't.” He conceded that perhaps it would be different if he had actually strangled the social worker, or succeeded in having Flávio eliminated.
But his days of wrong-doing are not yet over. Charles is now a writer on the run. After four months of regularly reporting to the authorities, he decided he'd had enough. He broke the terms of his parole licence and left Britain illegally.
Does he think he will be re-arrested and returned to prison? He doesn't know and doesn't seem to care. “It's in the hands of Jesus,” he told me with a shrug.
It is ironic that Charles' problems have stemmed not from hatred, but from love – his mother's love for him and his love for her. “She was certainly the most important person in my life. I think she spoilt me for love. I have never succeeded in finding any other love in my adult life.”
What of the future? Nine years after her death, Charles has come to terms with his mother's passing. The focus of his life now is not on his mother, nor the consequences of his infamy as Charles Hills, but on his quest for higher recognition as the writer C.A.R. Hills.
“I would like to leave Portugal, which has unhappy memories for me. I might travel a bit, and then buy a small house or apartment in Italy. I would need to find someone who is interested in my story and willing to pay a bit over the odds for my Portuguese house so that I could leave. Italy has something in common with Portugal, but the atmosphere is different, I do not think that I would find sadness there. Perhaps there, in a small city I already know, I can grow old gracefully, finish writing the story of my life, and at last learn how to love.”
Posted by Portugal Newswatch at 6:49 AM