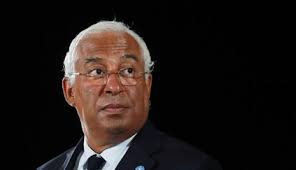 As Portugal prepares to take over the presidency of the Council of the European Union while the Brexit talks continue to drag on, Prime Minister António Costa says the political will still exists for a trade deal, but the remaining differences between the UK and the EU should not be underestimated.
Costa has warned against UK attempts to negotiate directly on the side with a few of the 27 EU national leaders.

He is hoping some sort of deal can be agreed in the coming days.

“For everyone the absence of a deal will be very bad, very bad particularly for neighbouring countries,” Costa said.

He added: “We are on the last dossier. I don’t want to underestimate its significance and its difficulty. We won’t do a deal at any price.”

Any deal will have to be approved by all of the EU’s member states. France in particular is thought likely to veto any deal in which Britain does not offer a compromise on fishing rights.

He has emphasised that it was very important for all the 27 EU states to remain united under the negotiation leadership of Michel Barnier representing the EU Commission.

Barnier has reportedly said privately in Brussels that the tortuous trade talks could collapse, but for now “the patient is still alive”.

Barnier is also reported to have said: “There might now be a narrow path to an agreement visible – if negotiators can clear the remaining hurdles in the next few days.”

On 1st January 2021, Portugal will take over the presidency of the EU Council from Germany until the end of June, a period of crucial importance for decisions on climate change and Covid-19 as well as Brexit.

STOP THE WAR ON NATURE!

Portuguese citizens, elderly and young, are at the fore-front of crucial efforts to tackle the greatest danger facing life on our planet: climate change.

Former Portuguese prime minister António Guterres, 71, now Secretary General of the United Nations, has placed climate change right at the very top of his agenda, warning that “the state of the planet is broken. Humanity is waging war on nature. This is suicidal.”

Meanwhile, six young Portuguese climate activists, aged between 8 and 21, have filed the first climate change lawsuit at the European court of human rights in Strasbourg, demanding that their future physical and mental wellbeing be considered by 33 countries that should make greater cuts to greenhouse gas emissions.

António Guterres has starkly emphasaised the need for carbon neutrality. In his latest speech on the dire state of planet delivered at Columbia University in New York, Guterres said that while hunmanity was waging war on nature, "Nature always strikes back, and is doing so with gathering force and fury."


Referring to the latest report from the World Meteorological Organization, he reiterated that the last decade was the hottest on record. The declining ice sheet, the melting permafrost, devastating wildfires and hurricanes are just some of the consequences, he said.  Regarding the ongoing deforestation that is also fuelling climate change, Guterres pleaded: "Stop the plunder."
Climate policies have failed to rise to the challenge, Guterres said, noting that emissions in 2020 have been 60% higher than in 1990. "We are heading for a temperature rise of 3 to 5 degrees Celsius by 2100."Yet the secretary-general sees hope for 2021, saying it's time to "build a truly global coalition towards carbon neutrality.

The European Court of Human Rights has granted priority status to the lawsuit brought by the six young Portuguese climate activists. The Strasbourg judges want a swift response from the 33 countries involved in this unprecedented case.

The activists say it has given heart to their cause, which is to hold the 33 countries accountable for their allegedly inadequate efforts to cut greenhouse gas emissions.

The countries named are the 27 member states of the European Union, plus the United Kingdom, Switzerland, Norway, Russia, Turkey and Ukraine.

The Portuguese activist group is being supported by a team of five London-based lawyers and the Global Legal Action Network, a international no-profit organization that challenges human rights violations. Their intention is to broker an amicable agreement in the case before it proceeds to litigation.

AP report that if the activists win their case, the countries would be legally bound to cut emissions in line with the requirements of the 2015 Paris climate accord. They would also have to address their role in overseas emissions, including by their multi-national companies.
Posted by Portugal Newswatch at 9:14 AM 0 comments