Can Faro get its stolen books back?


Renewed efforts are being made to recover the unique collection of books plundered from Faro by a British military force more than 400 years ago and kept ever since at the University of Oxford.

The Faro 1540 Association is at the heart of a request for the return of what it regards as an historical, cultural and symbolic treasure.

The association is devoted to the defence and promotion  of Faro’s environmental and cultural heritage.

The collection it wants returned is believed to consist of 91 volumes. It was stolen from the library of the Bishop of Faro in 1596 when a military force, led by Robert Devereux, the 2nd Earl of Essex, came ashore from a passing fleet and set the city ablaze.

The atrocity took place during the Anglo-Spanish War while Portugal was annexed and under Spanish rule.The books were taken from the library of Fernando Martins Mascarenhas, a highly-acclaimed Portuguese scholar and theologian, who resigned as Bishop of Faro to take up the post of Inquisitor General of Portugal.

Back in England, Devereux presented the books to his friend Sir Thomas Bodley, founder of Oxford University’s Bodleian Library. Faro books have remained in the Bodleian since its inauguration in 1602.

At its general assembly in December 2013, the Faro 1540 Association unanimously approved a motion requesting the return of the books.

The University of Oxford has shown no intention of giving up the collection. But it is now clear that the books are in good condition, securely stored and are catalogued online.

This has been confirmed to us by Sarah Wheale, head of the Bodleian’s Rare Books Department of Special Collections. “Readers can order any of the books themselves via our online ordering system and take photographs for their own research purposes”, she says. “If anyone wants to come and see any of our books there’s a simple same day process to obtain a readers card”.
(https://www.bodleian.ox.ac.uk/using/getting-a-reader-card).

The president of the Faro 1540 Association, Paulo Oliveira Botelho, an archaeologist and historian, says that in order to promote dialogue about the return of the books, the association has been in contact not only with the University of Oxford, but also with the British Embassy in Lisbon, the Portuguese Secretary of State for Culture, the Regional Delegation of Culture, deputies representing the Algarve in the Portuguese parliament, the bishop of the Algarve and the president of the Faro Municipality.

The committee of Faro 1540 has decided that this year, in which the association celebrates its 10th anniversary, it will “re-raise the flag to undertake all possible efforts to recover this important cultural heritage and make this dream a reality”.

Botelho added: “We intend to appeal to the highest authorities of the British government, with the support of the important British community who reside in the Algarve and elsewhere in Portugal, in the name of the Treaty of Windsor, one of the oldest alliances in the world signed in May 1386, which has united us for 633 years.

“It’s time to heal the open wound in our relations and to take a further step in the strengthening of Luso-British relations.”

The renewed interest in the Faro book collection follows the recent request by the indigenous people of Chile’s Easter Island for the return of a unique Moai statue removed 150 years ago and now kept in the British Museum in London.

The sculpture was removed from the island by Richard Powell, captain of HMS Topaze, in 1868 and given to Queen Victoria, who donated it to the museum in 1869.

Closer to home and as Britain prepares to leave the European Union, Greece has reinvigorated its demand for the return of the 2,500-year-old Parthenon Marbles. Britain has long resisted campaigns for the return of what it calls the Elgin Marbles, along with treasures in the British Museum taken from other countries, including Egypt, Ethiopia and Nigeria  ─  often citing legislation that bans its museums from permanently disposing of any of their collections. 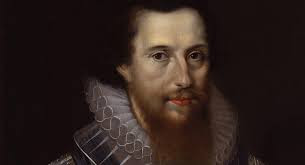 To read this article, please click on to the following
Portugal Resident  link:

January in the good and bad old days

The Julian calendar proposed by Julius Caesar took effect on 1 January 45BC when the place we now know as Portugal was under the control of the Roman Republic.

On 10 January four years earlier, Julius Caesar had famously crossed the Rubicon and declared Alea iacta est (The die has been cast!). This resulted in the Great Roman Civil War, a politico-military struggle fought over a wide area, including the provinces of Hispania, as the Iberian Peninsula was then called.
On 16 January 27BC, Augustus became emperor of the Roman Republic and went on to establish the Roman Empire. The complete Romanisation of Portugal took place over centuries and left a profound administrative and cultural legacy that remains to the present day.
Various armies and cultures came and went in Portugal and Spain after the downfall of the Romans. The most influential and longest-lasting were the Moors, Muslims from North Africa, who overwhelmed the Germanic, so-called “barbarian”, Visigoths in 711.
A major turning point in the centuries of Moorish occupation in central Portugal started on 20 January 1064 when Ferdinand I of León-Castile began besieging the Muslim city of Coimbra.  The Moorish governor surrendered and was allowed to leave with his family, but 5,000 inhabitants were taken captive and deported.
Seven hundred years of Moorish rule in the Iberian Peninsula ended on 2 January 1492 when Queen Isabel of Castile and King Ferdinand of Aragon finally conquered Granada, the last Muslim stronghold in Spain.
Having set out from Lisbon with four ships in mid-1497 to find a sea route to the East Indies, the Portuguese explorer Vasco da Gama reached the mouth of the Zambezi River in January the following year, before eventually sailing around Africa's Cape of Good Hope to become the first European to open a sea passage to India.
Portuguese explorers landed at Guanabara Bay on the coast of South America on 1 January 1502 and named it Rio de Janeiro (River of January), now Brazil’s second largest city.
The Julian calendar had always miscalculated the length of the solar year by 11 minutes and so it had fallen out of sync with the seasons. Because of this, the Roman Emperor's system was replaced in 1562 by the Gregorian calendar. Named after Pope Gregory XIII, who was born in January 1502, this calendar is still the most commonly used in the world today.
Catholicism, along with the Catholic monarchs, was in full control in Portugal throughout the Middle Ages and into modern times.
Frequently there were serious disputes and friction at the top. For example, on 13 January 1759, the nobleman Dom Francisco Távora and his entire family were publicly executed in a field near Lisbon for allegedly trying to murder King Dom José I. The king and his court were on hand to watch the executions, even though the accusation of high treason had not been proven. It was thought to have been a political and economic conspiracy against the Távora family fabricated by the king’s right-hand man, the Marquis of Pombal.
New Year’s Eve 1908 was the penultimate day in the life of the penultimate king of Portugal. Revolutionary gunmen assassinated 44-year-old Carlos I and his eldest son, Luis Filipe, as they rode in an open carriage through the streets of Lisbon.
A republican revolution forced Carlos’s younger son and heir, Manuel, to abdicate. Manuel and his mother fled to London via Gibraltar. They settled at Abercorn House in Richmond early in 1911. After marrying the German Princess Victoria Augusta of Hohenzollern in 1913, Manuel and his family settled at Fulwell Park in Twickenham.
Republicans had their differences too, of course, and it was in the city of Beja north of the Algarve  in the early hours of 1 January 1961 that an unsuccessful military attempt was made to topple the dictatorship of António de Oliveira Salazar. The revolution proper would have to wait another 13 years.
Under a democratically elected president, António Ramalho Eanes, rather than a monarch or dictator as head of state, Portugal joined the European Economic Community, forerunner of the European Union, on 1 January 1986.
Along with 10 other countries, Portugal began using the euro currency on 1 January 2002. The escudo disappeared fast, but unprecedented financial problems were soon to emerge.
Even the economist Aníbal Cavaco Silva, centre-right prime minister from 1985 to 1995, couldn’t have foreseen the severity of what lay ahead when he was elected president in January 2006. The downturn in the Portuguese economy that started in 2001 drastically worsened with the global credit crunch in 2008.
In early 2010 the Socialist government was preparing a package of austerity measures, including cuts in public spending and tax increases, to reduce Portugal’s budget deficit. The country soon reached a record high unemployment rate of nearly 11%, a figure not seen for more than two decades.
Amid the backdrop of hundreds of thousands of workers going on strike, the credit ratings agency Standard and Poor’s downgraded Portugal’s rating to junk status in January 2012.
By January 2015, former Socialist premier José Socrates was in custody on suspicion of corruption, tax fraud and money laundering.
By contrast, former Socialist prime minister António Guterres took office as United Nations Secretary-General to extraordinary acclaim on New Year’s Day 2017.  One of the few things the most powerful leaders across the bitterly divided world agree upon was that Guterres was the best man for the herculean job of curbing warfare, deprivation and poverty.
Among the few things we can be fairly sure of in the Algarve in January 2019 are mid-winter maximum temperatures of 16º and minimums of 8º, with a good amount of rain to water the gardens and countryside. 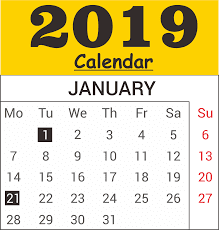