Should neutering pets be mandatory?

Dogs have long been regarded as “man´s best friend” and cats are often considered adorable, but stray or abandoned animals pose a huge problem in Portugal and there’s no solution in sight.
It’s a worldwide conundrum. The European Union estimates there are about one hundred million homeless dogs and cats across the continent.
A single unspayed female dog and her offspring can produce 67, 000 puppies in six years.
A similar exponential calculation concludes that in seven years a single cat and her offspring can produce a population of 370,000.
In Portugal, despite updated protection laws and the dedicated work of veterinarians, municipal authorities and animal welfare charities, the problem of homeless animals continues to multiply.
Sterilisation – spaying females and castrating males – seems the most humane and practical means of control, yet it’s viewed by many people as cruel, immoral, or even religiously sinful.
Traditional anti-sterilisation sentiment – especially about castration - is still common in Portugal.
So is the practice of dumping unwanted animals by the wayside or in rubbish bins. The threat of criminal prosecution, fines or even jail sentences for abuse or abandonment is frequently ignored.
Animals on the loose are vulnerable to malnutrition, injury and disease, as well as pregnancies that proliferate the suffering.
Conflicting and muddled attitudes on what to do about this are compounded when emotion takes precedence over rational thinking. Awareness education is increasingly needed.
But the real nub of the matter is money.
Pet animals are usually abandoned because owners are unable or unwilling to pay for basic food and medical essentials.
Abandoned dogs and cats that don’t perish from starvation, road accidents or mutilation in garbage trucks usually end up in municipal compounds or charity shelters, all of which struggle with limited funds. Taxpayers and donors foot the bills.
Municipal centres are overcrowded with unwanted animals. Before last year’s parliamentary decision to ban culling except in cases to relieve intolerable suffering, an estimated 100,000 street animals were being collected and “put down” in Portugal each year.
The ban was generally welcomed, but it is still controversial and has intensified the need for municipal facilities. The difficulty of rehoming municipal kennel and cattery inmates is acute. No one wants to adopt a pet unless it is lovable and certainly not if it is uncontrollably aggressive or feral.
Of course, dogs and cats support profitable businesses, notably veterinary clinics and suppliers of pet food.
Sterilisation may only be carried out by qualified and registered veterinary surgeons, and it generates a significant part of their income.
The going rates vary considerably between vets. Depending on weight, the charge for sterilising a male dog ranges from about €90 to €150, and for a female €150 to €300. For male cats, it costs about €50 to €65 and for females €80 to €125.
But vets will sterilise for charities at much lower prices. To avoid paying a vet the full rate, those who rescue one or more animals and want to arrange sterilisation can apply for a discount through a charity.
Animal welfare groups and municipal kennels and catteries are intensely busy. They operate independently with strong-minded leaders who have differing priorities.
It is understandable, therefore, why sterilisation campaigns in the Algarve have been sporadic, limited in scope and localised. There has been a lack of regional cohesion.
Sterilisation laws exist elsewhere in various forms. Some places in the US, for example, demand that animals be sterilised by the age of four months.
It would be culturally difficult to introduce and strictly impose such legislation in Portugal. But one line of thinking here is that if mandatory sterilisation is not possible then it must be made much easier to arrange. Incentives could include lowering licensing and insurance costs for owners of neutered animals.
It is increasingly hard to find anyone – individuals or organisations – willing or able to rehome animals. Facebook is full of applicants. There are simply too many abandoned dogs and cats in need of personal care.
Foreigner residents strongly support their Portuguese counterparts in animal charity work. And foreigners, including visitors, have been helping with the burden of rehoming by sending animals for adoption abroad, especially to the United Kingdom, Germany and the Netherlands.
The problem here is acute but mercifully less abhorrent than last week’s BBC revelations that cruel puppy breeding is taking place in the UK on “an industrial scale”. A criminal trade in puppies reaping hundreds of millions of pounds has been booming with the approach of Christmas. Many of the puppies will become unwanted in the New Year. 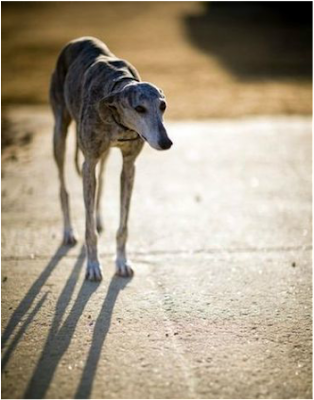