A database of channels for reliable information is being assembled and will be kept up-to-date over the coming months and years by a specialist team at Cambridge University to help British expatriates cope with concerns about how Britain leaving the European Union may impact on their personal lives.
The researchers behind the project say one of their main aims is to insure that good information and advice “to prevent rash Brexit-induced decisions” by British students, families and retirees living on the continent reaches as many UK citizens abroad as possible.
They warn of a“milieu of rumour, speculation and tabloid bombast”, and also of “an information vacuum” surrounding Brexit that may be exacerbating expat insecurities, particularly among those aged over 65.
Lead researcher Dr Brendan Burchell from Cambridge’s Department of Sociology, said: “UK citizens abroad need to be empowered to make sound, informed decisions during Brexit negotiations on whether to remain in their adopted homelands or return to the UK.”
Dr Burchell added: “At the moment there is a missing link: there is no database of the conduits through which high quality information can be communicated that targets specific countries or sub-groups of UK migrants. This is what we aim to build over the coming weeks.”
The database will cover the legal status and rights of expats, including access to welfare, health and pensions, as Britain leaves the EU.
The research information will be shared with government agencies and select organisations in such a way to avoid “exploitation” by commercial and lobby organisations.
Dr Burchell notes that the interests of UK nationals potentially returning to the country from the EU have been given little consideration in Brexit debates since the June referendum.
“Without access to well-grounded information that updates throughout the Brexit process, the current void will be increasingly filled with dangerous speculation and even so-called ‘fake news’ from partisan groups or those that would seek to prey upon the anxiety of UK over-65s to make quick money through lowball property sales or investment scams.”
An economist working on the project, Professor Maura Sheehan, thinks that Brexit concerns could lead to a panic domino effect in certain expatriate communities.
“Housing markets in areas along the Mediterranean coast could collapse as retirees try to sell up, but with no new UK expats looking to buy. Life savings could get swept away in the confusion,” she warns.
“Meanwhile there is no slack in UK social infrastructure for ageing expats returning en masse with expectations of support. The NHS has yet to emerge from its current crisis, there is a desperate shortage of housing, and social care is badly underfunded.
“The idea that we could see socially isolated baby-boomer expats back in the UK with health conditions, financial woes and even ending in destitution as a result of bad decisions based on misinformation should not simply be written off as so-called ‘remoaner’ hysteria.” 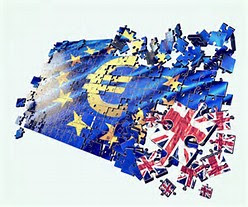 Posted by Portugal Newswatch at 9:40 AM 0 comments

With the triggering of article 50 and the start of the formal process of leaving the European Union just weeks away, feelings of insecurity are mounting across the EU, including among the 50,000 or more British expatriates in Portugal and four times that number of Portuguese nationals in the UK.
At the time of the in / out referendum last June, the complexities of leaving the EU were far from clear. Since then, the confusion has reached new heights.
Residency rights for the 1.2 million British expatriates throughout mainland Europe, as well as the 2.8 million EU citizens all over Britain, will remain the same while the negotiations continue, probably for the next two years. But what then? Nobody knows.
A recent pan-European survey among British expatriates found a very high level of concern, mainly about losing their automatic rights to reside and work, freedom of movement, and continued access to healthcare and pension benefits.
Ongoing worries include the fall in the Pound and speculation that it could fall further. This is of particular concern to expatriates and foreign property owners relying on incomes or pensions in Sterling.
Worrying to immigrants in Britain, including in Portuguese communities, are the spiralling numbers of anti-foreigner hate crimes since the referendum reported by three-quarters of the police forces across the country.
Brexit belligerence in high political circles significantly heated up this week because of the British government’s refusal to assure EU nationals they will be permitted to stay in the country after Brexit.
The British Home Office’s stated position on the matter is that the government wants “to protect the status of EU nationals already living here and the only circumstances in which that wouldn't be possible is if British citizens' rights in European member states were not protected in return.”
Doubts took a turn for the worse this week when an internal document prepared by the European parliament’s legal affairs committee was leaked. It warned that Britons abroad could face “a backlash”.
The document noted that the attitude of member states’ may be coloured by the fact that it is presently difficult for foreign citizens in Britain, even if married to UK nationals or born in the UK, to acquire permanent residency cards.
Since the referendum, there has been a massive increase in the number of EU citizens applying for permanent residency.
Those applying say they have to complete an 85-page form requiring many files of documentation, including tax statements dating back for five years, plus historical utility bills and a diary of all the occasions they have left the country since settling in the UK. Some applicants have reportedly received letters inviting them to prepare to leave the country after failing to tick a box on a form.
Opposition politicians in Britain have condemned Prime Minister Theresa May for failing to give an unequivocal guarantee that EU nationals can continue to stay in Britain.
Labour leader Jeremy Corbyn has accused the government of “playing political games with people’s lives”. Liberal Democrat leader Tim Farron says Prime Minister May has been caught “playing with fie”.
Caroline Lucas, a co-leader of the Green party, said any further delay in giving EU nationals a guaranteed right to stay would be “unforgivable”.
A Dutch MEP, Sophie in ´t Veld, who is leading a European parliament task force investigating the residency issue, said the UK government had acted “immorally” in failing to offer security to those who had made Britain their home.
The leaked legal affairs committee document hints at possible revenge as it will be down to each EU member state to decide whether British expatriates are allowed to carry on living as before within their adopted countries after Brexit.
The upshot of all this is that a great many people in the British Isles and in mainland Europe are faced with agonising uncertainty about their homes, their jobs and the future of their families.
With Portugal and Britain’s long history of bilateral friendship and co-operation, does it make any social or economic sense for either country to discourage compatible residency and working arrangements?
On a grander scale, does it really make sense to proceed with the so-called “will of the British people”? It is glaringly obvious that the “leave” voters did not fully understand what Brexit would involve – and still don’t.
With this in mind, former prime minister Tony Blair has controversially stepped into the fray. He is calling for a U-turn.
He said: “The people voted without knowledge of the true terms of Brexit. As these terms become clear, it is their right to change their mind. Our mission is to persuade them to do so.” 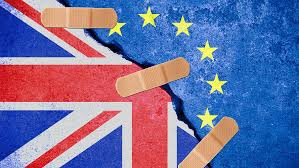