A resident Danish entrepreneur, Brian Knudsen, is looking to transform large tracts of unproductive land around Lagoa in the Algarve to considerably expand the quantity of special crops he has started growing and exporting from the area.
In May 2016 Knudsen obtained a 15-year rental agreement to take over 12 hectares of state-owned farmland between Lagoa and Sesmarias that had remained abandoned for decades.
Having carefully prepared the soil, installed an irrigation system and sown a type of sweet pea beloved in Denmark as snacks, he was able to harvest 15 tonnes of the healthy delicacy this March.
Since then, on the same land, he has produced large quantities of pumpkins and butternut squash for the Dutch and UK markets. Huge truckloads have been packed and sent northward in recent weeks.
Never before have crops like this been grown in Lagoa for export. And this is just the start.
The ideal climate and soils in the Lagoa area, combined with the demand for fresh produce in northern Europe, are why Knudsen is now looking for much more land, another 40 hectares if possible.
He is seeking long-term rental contracts with private owners within  the municipality, preferably for land with access to Silves reservoir water channels, or at least where boreholes could be drilled to tap into underground sources.
Meanwhile, Knudsen’s team recently planted 15,000 more pumpkins for maturing in October. Special events are going to be arranged so that local children and families can come and pick their own pumpkins for Halloween celebrations.
Educating groups of children about the nature of agriculture and farming methods is high on Knudsen's agenda once his sowing and harvesting schedules both in Portugal and Denmark have settled down a bit.
He also wants to steadily progress towards organic production, focusing still on sweet peas, pumpkins and squash, but introducing onions and other crops deemed to be particularly healthy and increasingly in demand.
“We see a very bright future here,” says 40-year-old Knudsen who regularly travels to Denmark where he has similar business interests. He is planning to sell up there, however, and focus exclusively on the Algarve.
He and his Danish wife and their two children have been living in the Lagoa area since 2010 and this is where they intend to stay. 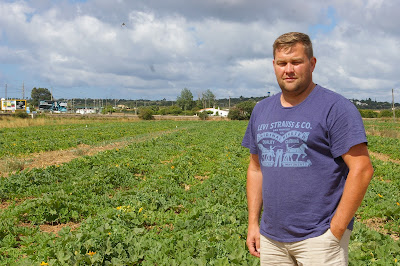 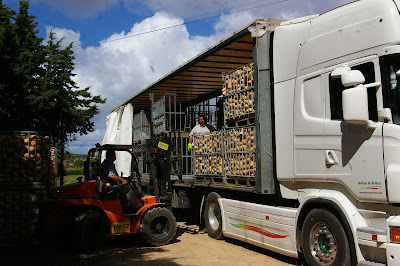