Eyes to the left to see what comes next

Lest there was any doubt, it has just been confirmed that we live in a politically weird world. Never mind the shenanigans going on elsewhere in Europe and farther afield, Portugal now has a new government - another new government.
Having muddled through almost two rudderless months since the general election, Portugal finds itself still faced with huge economic problems and now heading towards a highly uncertain 2016 with one of the most unlikely of government setups imaginable.
Even by the standard of Portugal's turbulent young democracy, recent weeks have been dizzying. Just to recap for those still a bit dazed.
October 4: general election turns out to be inconclusive. October 22: President Aníbal Cavaco Silva asks the centre-right’s Pedro Passos Coelho to return as prime minister because his party won the most votes, though not a majority. November 10: new government ousted after 11 days by combined leftist parties’ vote of no-confidence.
November 24: After much discussion, the president reluctantly asks the centre-left Socialist leader António Costa to form a government. November 26: the new minority government that will rely on support from the far left is sworn in.
The almost stranger than fiction notion that moderate socialists, radical leftists and diehard communists could become partners in parliament has actually come to pass, but how long it will last is anyone’s guess. There has been no formal marriage. For now at least they’re just good friends, united in their dislike of austerity.
The president has requested Costa to provide “a stable, lasting and credible government solution,” but Passos Coelho has condemned Costa’s proposed policies as “reckless” and the Socialists post-election pact with the far left as “illegitimate.”
Costa’s forthcoming balancing act means continuing to placate erstwhile hard-left rivals while substantially reducing the burden of austerity to the benefit of the people, and at the same time ensuring stability by sticking to Portugal’s international fiscal commitments and keeping investors happy.
Costa, 54, a combative extrovert, is no stranger to trying to pull off the seemingly impossible. The thrice-elected mayor of Lisbon is said to enjoy relaxing with 1,000-piece jigsaw puzzles, but he regards himself as a man of action.
“I always deliver more than I promise,” is one of his best-known boasts, though it is not strictly true.
More than 20 years ago while running for mayor in the municipality of Loures north of Lisbon he famously drew attention to commuter problems by staging a race between a red Ferrari and a donkey in busy streets. The donkey won, but Costa lost the election.
He repeated a similar stunt 10 years later in central Lisbon, pitting a Porche against a taxi, the Metro and a bicycle. Costa rode the Metro and it was a toss up whether he or the cyclist won – but Costa certainly made his point about public transport.
We can but remain hopeful that he manages to pull off his next, much more complicated performance. If anything goes badly wrong, the country could face another general election in as little as six months from now.

A tough call: who gets to govern?

The next few days are shaping up to be among the most remarkable in the annals of Portuguese democracy.
On Monday, parliament will debate the centre-right coalition’s proposed programme for governing the country.
On Tuesday or Wednesday, members of all parties will vote to accept or reject the programme.
The centre-right Portugal Forward (PAF) coalition has 107 seats in parliament, having lost its majority in the October 4 general election. It is possible, however, that some rebels within the opposition centre-left Socialist Party (PS) may vote in favour of the coalition’s programme.
It is thought more likely that the Socialists will be backed by the radical Left Bloc (BE) and the Portuguese Communist Party (PCP) in rejecting the PAF programme.
The Socialists have 87 seats, the Left Bloc 19 , the Communists 17 and an environmentalist-animal rights party a single seat. Such a collective could raise a majority in the 230-seat parliament.
If the centre-right programme is voted down, it will be the state president’s constitutional job to decide what comes next.
Will President Aníbal Cavaco Silva ask the centre-right coalition under Pedro Passos Coelho to serve in a caretaker capacity, knowing that the earliest possible date for a new legislative election will be in six months time?
Will he instead permit the moderate Socialist Party under António Costa to form a government that has some sort of agreement, if not a formal alliance, with the far-left parties?
Passos Coelho has said he would like to reach a compromise arrangement with the Socialists. This would avoid political instability that could be economically crippling as the country seeks to make a recovery in the wake of the debt crisis that brought an international bailout and severe austerity measures.
The centre-right leader admits he could soon be ousted, but vows to be “where I am needed,” either as prime minister or leader of the opposition.
Costa, who has said he will abide by Portugal’s EU budget obligations, has been trying hard to firm up accords with the far-left parties despite ideological differences on major issues involving the EU.
Unthinkable just a few weeks ago, reports suggest some sort of working deal between moderate and extreme leftists has already been reached.
President Cavaco Silva has pointed out that “in 40 years of democracy, no Portuguese government has ever depended on the support of anti-European forces, in other words, forces which have campaigned to repeal the Treaty of Lisbon, the Budgetary Pact, and the Stability and Growth Pact, as well as calling for the dismantling of the Monetary Union and an exit from the Eurozone - not to mention leaving NATO.”
The president has also noted: “This is the worst possible time for radical change in the foundations of our democracy.”
He has promised to do everything possible within his constitutional power “to avoid sending false signals to the financial institutions, the investors and the markets.”
Obviously the situation is highly sensitive, but some ill-informed critics and biased commentators in the foreign media have not been able to resist exaggerating.
The president has been accused of staging “a coup d'etat,” and exposing “the undemocratic nature of the EU.” It has been claimed that “Portugal’s constitutional crisis threatens all of Europe’s democracies.”
Aside from such alarming notions about a country that others have described as “an oasis of stability in southern Europe,” speculation about the coming showdown is rife. We shall just have to wait and see which way things go, but we won’t have to wait long. 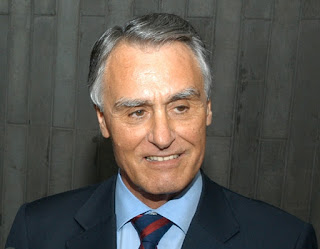