The Brexit talks now underway in Brussels may end in no deal, says Britain’s chief negotiator, David Davis.
The Chancellor of the Exchequer, Philip Hammond, says no deal would be “a very,very bad outcome for Britain.”
Prime Minister Theresa May, keeps telling us that no deal would be better than a bad deal.
Okay, so that’s all clear, isn’t it?.
Mrs May was equally clear last week in telling more than three million EU citizens, including almost a quarter of a million Portuguese, that her offer of rights to remain in the UK after Brexit was “fair and generous”.
The offer was on the table (if you’ll excuse the pun) at a dinner in Brussels featuring vegetable tart, monkfish and macerated cherries.
According to The Guardian, one of the few British newspapers you can trust these days, Mrs May left the room as EU leaders digested her proposals over coffee and mints.
“Fair and generous” were not the words used afterwards by European leaders. We can only speculate on any off-the-record remarks in foreign languages, but “below expectations”, was EU Council President Donald Tusk’s reported polite riposte.
Representatives of affected EU citizens were much more outspoken. They branded the British prime minister’s offer not only as “vague” but also “pathetic”. Far from being fair and generous, the offer portrayed them as “second-class citizens” and actually worsened doubts and anxieties, they said.
One of many things causing sleepless nights is the fear that Brexit will deny automatic citizenship to about half a million children born or raised in the UK .
Fully a fortnight earlier, the EU had offered a lifetime guarantee on current British expatriate rights, something the British negotiating team in Brussels failed to even acknowledge while warning that their “fair and generous” offer would depend entirely on a reciprocated response by the EU.
The British government finally unveiled details of their offer on Monday this week, which was a year late, and while continung to use people as “bargaining chips”, complained opposition leader Jeremy Corbyn.
A 15-page document revealed that the three million EU nationals in the UK will have to apply for a special “settled status” identity card if they want to stay.
Among the most noticeable omissions in the document was clarity on when the cut-off date begins (some time between March 2017 and March 2019) and the future rights of dependants of current EU residents in the UK.
The biggest stumbling block of all may be which courts – British or EU – will have jurisdiction in dealing with citizenship disputes.
The detailed British proposals received a cool reception in Brussels. The EU’s chief negotiator, Michel Barnier, tweeted rather disdainfully: “More ambition, clarity and guarantees needed than in today’s UK position.”
And yet this whole citizenship issue was supposed to be straightforward and easy, the preliminary bit before the two-year Brexit negotiations get down to the seriously complex stuff about trade.
The Brexit battle seems to have become bogged down before it has really begun.
Meanwhile, the tens of thousands of British expats in Portugal and a million elsewhere in the EU can only look on in befuddlement, and hope that the EU turns out to be fair and generous to them. 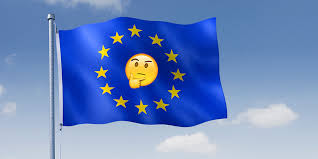 ‘If you want to keep it, give it away’

Dermot Staveacre, who helped countless addicts in Portugal conquer their dependence on alcohol or drugs, has died peacefully in his home in the Algarve. 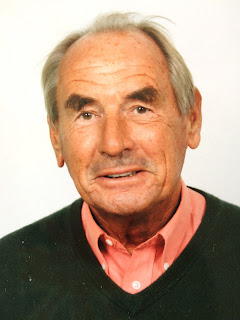 On top of conflict and climate controls

Recent events have been a reminder of Portugal’s laudable position well ahead of many other more powerful countries in at least two key areas of human endeavour: keeping the peace and controlling climate change.
The atrocities in London last weekend and Manchester last month made the latest Global Peace index all the more poignant and pertinent.
Collated by an international panel of experts and published by a Sydney-based think-tank, the 2017 Global Peace Index places Portugal among the fop five most peaceful countries in the world.
In this annual index – the 11th so far - Europe remains the world’s most peaceful region. Iceland, Austria and Denmark are together with Portugal in the top five individual countries. Four other countries in Europe are in the world’s top ten.
The index provides a comprehensive analysis on 26 indicators based mainly on levels of safety and security in society, internal and international conflict, as well as militarisation.
The latest index research pre-dated the Manchester and London attacks, but the peace levels in 21 of the 34 countries in Europe has statistically improved over the past decade.
The average has not changed significantly, however, due to a worsening of conflict in Turkey, the impact of the terrorist attacks in Belgium and France, and worsening relations between Russia and its Nordic neighbours.
More notably, the United States has plummeted to 114th place in the latest index. Based on a wide range of negative factors, the US is now slotted between Rwanda and El Salvador in the analysis of 163 countries representing 99.7 percent of the world’s population.
America's ranking has dropped 11 places since last year due to what researchers say is a “deterioration in intensity of organised internal conflict and level of perceived criminality in society”, both strongly linked to the ongoing political turmoil.
Coincidentally, the United States has been further humiliated on the world stage by President Trump who famously described global warming as “a Chinese hoax” and tweeted that “this very expensive bullshit has got to stop”.
Having now deemed the Paris climate agreement a pernicious threat to the US economy and American sovereignty, Trump has announced he is pulling out.
While criticising the shortcomings of other nations and promising “to make America great again” by revitalising America’s coal mining industry among other things, Trump seemed to overlook the fact that the US is the world’s second biggest carbon dioxide polluter nationally and the biggest on a per person basis.
“I was elected to represent the citizens of Pittsburgh, not Paris,” declared the president at the end of a bombastic speech that was condemned by political leaders, scientists, environmentalists and corporate executives around the globe. It was also denounced by American Democrats, members of Trump’s own staff and a large majority of those polled on the subject in Pittsburgh itself.
President Trump expressed willingness to renegotiate the 2015 climate agreement to get a better deal for the US, but the leaders of France, Germany and Italy immediately issued a joint statement saying that the Paris accord was “irreversible” and could not be renegotiated.
Prime Minister António Costa is emphatic that Portugal is “totally committed” to the Paris agreement and has described global warming as “a challenge that does not allow further delays, because every day the threat is greater”.
Portugal is already at the forefront of renewal energy production through hydro-electric, solar and wind resources. It is committed to an ambitious agenda with the aim of accomplishing the goals established in Strategy Europe 2020 and in the EU directive on renewable energies.
Prime Minister Costa pointed out in Morocco at the last major international climate conference that Portugal had already achieved “more than 87% of the goal set for 2020, after installing 12 300 megawatts of renewable technology, which represent 61% of the potency of all our electricity production”.
Former prime minister António Guterres, now secretary-general of the United Nations, said President Trump’s withdrawal decision was “a major disappointment”, but Guterres remains confident that “all other parties to the Paris agreement will continue to demonstrate vision and leadership, along with very many cities, states and businesses in the United States and around the world, by working for the low-carbon, resilient economic growth that will create quality jobs and markets for 21st century economic prosperity”. 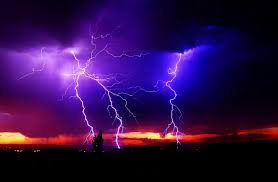