Finalgarve, the company behind the highly controversial tourist development planned for the Lagoa dos Salgados and Praia Grande area, is soon to release details of  an ‘environmental park’ it intends to create as part of the overall project.
A spokesman for the company told me that a formal public presentation of the proposed park will be made in Silves library at 11am on 4th February. 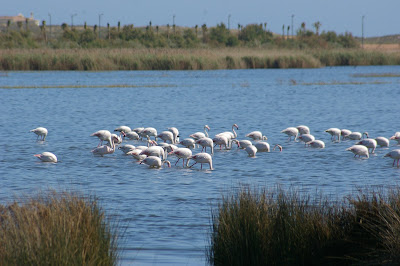 This follows the announcement last week by the Secretary of State for the Environment that an official environmental impact study is to be carried out before the huge Finalgarve development east of Armação de Pêra is allowed to proceed. The study, directed by the Agência Portuguesa do Ambiente, is already underway, but it may take several months to complete.
The impact study satisfies one of the demands of groups of environmentalists who have united under the banner ‘Friends of Lagoa dos Salgados.’ On the same day the Secretary of State announced that the study would go ahead, leading figures among the Friends of Salgados delivered to the Environment Minister’s office in a petition signed by 20,000 supporters.
Either the impact study or the environmental park plan – or both - could prove to be the catalyst for renewed dialogue and possible compromise between NGO environmental groups and the developers.
For the time being, Finalgarve and the Friends of Salgados appear to be totally at loggerheads. The Friends want the development stopped, but Finalgarve says it fully intends to pursue the project in partnership with other investors or developers. Crucially maybe, the company affirmed today: "Our project will not interfere with Lagoa dos Salgados nor use any of its water."
The current deadlock is in contrast to the large measure of goodwill that existed several years ago between Finalgarve and the Portuguese and British bird conservation organisations SPEA and the RSPB. They had reached an agreement by early 2008 with various municipal, regional and national bodies to reduce the number of beds in the development, to create a buffer zone between the development and Lagoa dos Salgados, and to conserve the lagoon as a wildlife sanctuary with a sustainable eco-management policy. 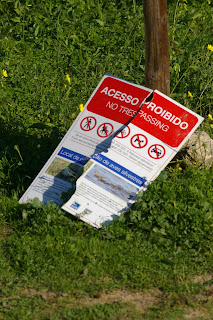 Instead of looking after the lagoon, the responsible government bodies have grossly neglected it. Water levels have been allowed to fluctuate wildly from overfull to completely dry, often due to artificial causes; flocks of goats and sheep trample over the habitat of ground-nesting species during the breeding season; marauding shepherd dogs and strays chase hares and birds at will; information signs have been deliberately smashed.
Ironically, the ‘no access’ signs still in place at the edge of the lagoon bear four logo images:  those of SPEA, the RSPB, Birdlife International and Finalgarve.
Renewed concern about the future of the area erupted last June with an announcement from Silves Câmara that Finalgarve’s long-approved plans would involve an investment of more than €232 million to build three hotels, several tourist villages and 18 holes of golf. The 349-hectare development would boost Silves’ coffers by €35 million over ten years and create many jobs.
An online petition was launched, regional and national environmental groups came together on the issue and campaigning newspapers joined in a chorus of opposition.
The newly-formed Friends of Salgados went into battle mode insisting that the Algarve did not need any further tourist developments and that if the Finalgarve project were to go ahead it would “destroy” Salgados. The petition declared that “any development taking place in the area will have a devastating impact on the wildlife.”
When asked about the environmentalists’ claim that the development will “destroy” the lagoon and that “living space for wildlife will be lost forever,” the Finalgarve spokesman said: “We absolutely disagree with this claim. We are going to develop our project which respects the environment. Furthermore, we believe the project will profit from its environmental potential.”
The spokesman added: “The environmental park will go ahead as planned and it will allow us to preserve the best characteristics of Lagoa dos Salgados as a tourist destination. Being a tourist destination, we want to take advantage of the environmental park - and of the whole treatment of the environment - as a value added proposition of the project.” 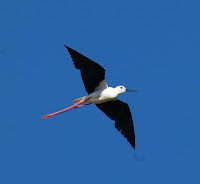 There has been no recent dialogue between Finalgarve and environmental groups. Asked if Finalgarve would agree to negotiations, the spokesman said the company would welcome “with an open mind” any talks with any of the interested parties.
Domingos Leitão, a leading figure in both SPEA and the Friends of Lagoa dos Salgados protest movement, said this week: “In the past five years, local and national administration bodies have failed to take any credible action to protect the lagoon. Finalgarve has done little more than nothing. But if we see a window of opportunity, with no preconditions, we would be open for discussions again.”
Posted by Portugal Newswatch at 12:54 PM