Amaral defiant about his Maddie book

Former detective Gonçalo Amaral has responded defiantly to the outcome of the civil action brought against him by Kate and Gerry McCann over his book about the investigation into their daughter’s disappearance.
The McCanns were awarded €500,000 plus interest in damages, but Amaral is adamant the book was not defamatory and was within his rights to freedom of expression. His views on the case are contained in an interview published in the Portuguese weekly magazine Nova Gente and reproduced on the website of Projecto Justiça Gonçalo Amaral.
“With my book I did not defame, nor did I have the intention to defame anyone, but merely to report what happened during the first five months of the investigation, thus replying to the attacks against my good name and my professional dignity.”
The information in the book is all in the Portuguese police case files and this was not in question during the McCann’s civil action, he said.
Asked if he felt wronged by the McCann’s legal action against him, Amaral insisted the parents were primarily responsible for their daughter’s disappearance because “they practiced a crime of exposing and abandoning defenceless children. The fact that they lost their daughter did not give them the right to sue anyone or to be compensated,” he said.
“They can’t escape their guilt, which is enough to rob them of their sleep, to provoke a lack of appetite and even rage, but against themselves and not against someone who only wrote down what happened during the first five months of the investigation, according to what is in the case files.”
That Madeleine’s younger siblings may someday read his book and become traumatised by it did not concern him, he said.
“Those two children were also abandoned for over five nights in a row and surely they will understand that what is written there is the result of a criminal investigation. There is a question that those two children will certainly ask when they grow up ,but that question will be directed at the parents: why were they abandoned, left to their own devices?”
As to what really motivated him to write Maddie: A Verdade da Mentira (Maddie, the Truth of the Lie), Amaral said he wrote it because his good name and professional honour, as well as that of those who worked with him, had been severely attacked.
Essentially the book was a way to reply to the insults he and his colleagues had been subjected to by the British press and others. “Deep down, that was it: they say we are incompetent, they say we are a third world police force, drunkards, fat, lazy, etc., etc., and the Judiciary Police does not set out to defend us. Therefore I turned to writing, reporting the investigation that had been carried out, so people could draw their own conclusions.”
In his latest interview, Amaral had no qualms about stating his views on the civil action or the McCann couple: “I am a free man and like any other citizen in this country I have the right to express my opinions.”
He agreed that as a result of the court action he and his family had suffered greatly. “My life is gone. If I am alive, it’s due to the heart that I have.” But he does not intend to let the matter rest there or give up without a fight.
He reiterated that he will fight “until the last legal instance.” He intends to appeal the €500,000 damages verdict and is considering suing the McCanns.
“Each thing in its own time, it won’t be only the McCanns, but their group of friends, and other people and entities that will be sued. There is an illicit action that was indeed performed, the neglect in guarding their children, which caused direct damages to many people, not only to myself, but for example to the Ocean Club workers who were fired and saw their lives change, many of them unjustly, passing from mere employees and heads of family to suspects in a criminal investigation while they had nothing to do with the matter.”
Meanwhile in the UK, the Mirror newspaper reports that Sir Bernard Hogan-Howe, the Metropolitan Police Commissioner, as saying that the search for Madeleine will not end until all avenues are exhausted. He was reacting to concerns raised by the Police Federation about the millions of pounds of public money devoted to the case.
Sir Bernard said of the investigation: “It’s moving on apace at the moment in terms of the relationship with the Portuguese and that is to be welcomed. As long as there’s a basis for doing the investigation we will continue.” 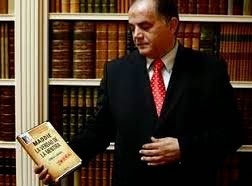 Posted by Portugal Newswatch at 2:05 PM