Just hours before joining hundreds of thousands of pilgrims celebrating the centenary of divine visions at Fátima last weekend, Pope Francis whole-heartedly welcomed scientists attending a Vatican conference designed to bring science and religion closer together.
The Vatican had invited leading astrophysicists and cosmologists to its astronomical observatory near Rome to discuss “black holes, gravitational waves and space-time singularities”.
The four-day conference was in honour of the late Jesuit priest and scientist Monsignor George Lemaitre. He is credited with formulating the “hypothesis of the primeval atom”, which became popularly known as the “big bang theory” suggesting that the universe began with an almighty explosion.
Pope Leo XIII set up the Vatican Observatory in 1891 with the idea of dispelling the notion that the Roman Catholic Church was hostile to science.
Such a notion had been widely held since the Inquisition declared in 1633 that Galileo was a heretic for believing the Earth orbits around the Sun. Faced with torture, Galileo formally recanted.
It was the Catholic Church that recanted three and a half centuries later, though it insisted the Inquisition had acted “in good faith”. At a ceremony before the Pontifical Academy of Sciences in Rome in 1992, Pope John Paul II admitted that Galileo had been right.
Before boarding his plane to Fátima last Friday, Pope Francis said the issues being debated by scientists at the Vatican observatory were of particular interest to the Church because they addressed profound questions about the universe, such as its origin, structure and evolution.
“It is clear that these questions have a particular relevance for science, philosophy, theology and for the spiritual life. They represent an arena in which these different disciplines meet and sometimes clash”.
Pope Francis told delegates to the conference: “As both a Catholic priest and a cosmologist, Mgr Georges Lemaître knew well the creative tension between faith and science, and always defended the clear methodological distinction between the fields of science and theology.
“While integrating them in his own life, he viewed them as distinct areas of competence. That distinction, already present in Saint Thomas Aquinas, avoids a short-circuiting that is as harmful to science as it is to faith”.
Pope Francis went on to say: “Before the immensity of space-time, we humans can experience awe and a sense of our own insignificance, as the Psalmist reminds us: ‘What is man that you should keep him in mind, the son of man that you care for him’?”
The Pope even quoted one of Albert Einstein’s favourite sayings: “One may say the eternal mystery of the world is its comprehensibility”.
However, unlike some scientists, Pope Francis strongly believes that the existence and intelligibility of the universe are not a result of chaos or mere chance, but of “God’s Wisdom”.
A few hours later Pope Francis was in Portugal at the shrine in Fátima where 100 years ago three unschooled children claimed to have witnessed apparitions of ‘Our Lady of Fátima’ as she became popularly known all over the world.
The children insisted they witnessed apparitions at Fátima on five consecutive months. The climax came on 13th October 1917 when a crowd of many thousands had joined the children to witness a promised miracle.
It turned out to be the so-called ‘Miracle of the Sun’ in which the sun appeared to temporarily abandon its normal place in the solar system and spin out of control towards the Earth.
As Galileo and many lesser people would probably agree, appearances can sometimes be illusionary and deceptive.
The day safer his return to Rome, May 14th, Mother’s Day, Pope Francis addressed a crowd in St Peer's Square, reiterating a theme wholly familiar to the Fátima faithful though not in tune with the rationale of a great many scientists.
What was needed to solve the world’s “absurd conflicts”, he said, was more of the same as requested by the Virgin Mary at Fátima a hundred years ago: “penance and prayer”. 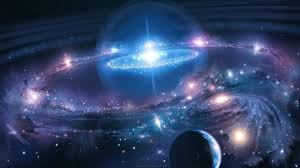 Posted by Portugal Newswatch at 8:30 AM