It’s looking like a positive turning point for Portugal in the coronavirus trauma. From this Monday, the Portuguese authorities will be closely monitoring the lifting of some emergency lockdowns with a view to extending them if all goes well.
The government’s cautious plan for an economic recovery is starting with small shops and a selection of other businesses. Only shops with direct access to the street are included. After two weeks, on May 17, cafés and restaurants may also be allowed to reopen.
Two weeks after that, on June 1, larger shops and those located inside shopping centres will be allowed to open their doors again.
The success of this measured approach will depend on the degree of care and cooperation taken simultaneously by business owners and customers.  Hygiene and social distancing will remain vital. Facemasks and the use of sanitary hand gel will be mandatory among groups in most public places.
Hairdressing salons and golf courses are among the specialised enterprises opening Monday.  Municipal markets will soon follow.
The European countries, such as Denmark, Norway, Poland, Hungry, Austria and Switzerland,  that have already started easing emergency regulations have so far not reported any significant problems.  Any resurgence of the disease as a result of lifting lockdowns will, of course, almost certainly create a renewed clampdown that could have even more serious economic consequences.
Germany, one of the most infected nations in Europe, allowed some shops to reopen last Monday. Hardest hit Italy, the first to introduced lockdowns, will follow with various relaxations starting on the same dates as Portugal.
Belgium also starts easing restrictions on Monday.  France will follow on May 11. Ireland will slowly begin easing this coming Wednesday though pubs are not expected to open again until August. No clear announcement has yet been made in the United Kingdom where present restrictions are likely to remain in place until June.
The underlying fact is that if unlocking restrictions leads to any resurgence of the number of people infected with coronavirus, the strict rules that will have to be imposed again may have even more profound economic consequences.
Portugal has been outstanding in its handling of the crisis. The attitude of the government, local councils and the great majority of citizens has kept the spread of the virus and the number of fatalities to modest levels compared to European and world standards.
Infection levels have been lower in the Algarve than in the north, central and Lisbon areas of Portugal. This, together with the huge numbers of infections and deaths in neighbouring Spain, has encouraged speculation that the Algarve will be one of the most popular tourist destinations once the pandemic subsides.
As welcome as this notion is in a region whose economy relies heavily on tourism, the return of foreign visitors to the Algarve will depend not so much on its image and the reopening of hotels and other holiday facilities here as on the quarantine restrictions still in place abroad and the return to normal operations by airlines, particularly from the UK.


Nearly all planes remain grounded. The future of airline services is among the many current uncertainties. 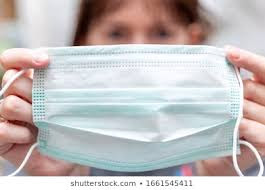 Posted by Portugal Newswatch at 11:56 AM