Climate crisis worse than ever 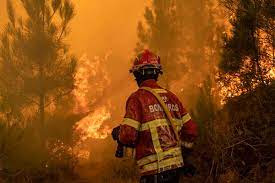 So far it’s been a savage summer with deadly wildfires, storms and flash floods around the world.

Hundreds of wildfires in Portugal, Spain, Italy, Greece and Turkey have been another reminder, as if one were needed, that the climate is changing.

Forest fires accurately described as “unprecedented” have had socio-economic consequences in southern Europe as yet not fully evaluated.

The sub-tropical Mediterranean region has been experiencing droughts, less cloud cover and more sun exposure that fuel high-risk conditions despite the many emergency precautions in place.

The wildfires in Siberia, the most northerly part of Russia and in winter the coldest inhabited part of the planet, are said to have been more extensive than all the world’s other wildfires combined. An area in northern Siberia greater than that of the whole of Portugal has been ravaged by wildfires in recent weeks, sending clouds of smoke over the North Pole. 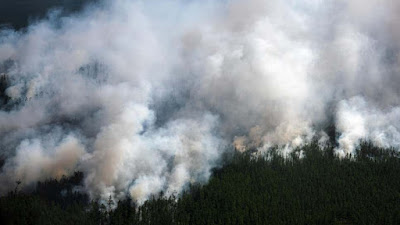 President Vladimir Putin called the devastation “absolutely unprecedented” and pledged a vast sun of money to protect forests, according to the Agence France Presse.

The so-called “Dixie Fire” in northern California started in mid-July and by August 6th had become the largest single wildfire in the state’s history, destroying homes and the environment across 3,000 square kilometres. Only just over half of the fire had been contained by the beginning of September.

A million Americans were left without power and no way of knowing when it could be restored after Hurricane Ida ripped through the state of Louisiana and the city of New Orleans. Families were left without electric lighting, air-conditioning or refrigeration because of the devastation caused by winds blowing at up to 120 kilometres per hour (75 mph).

Ida continued as a severe storm 1,000 miles eastwards to New York,  New Jersey, Pennsylvania and Connecticut before dumping record-breaking deluges of rain and flash flooding that swamped subway stations and killed or trapped many people in cars and home basements. New York City was paralysed.

“Climate change is here,” said President Joe Biden in an address to the nation.  “This destruction is everywhere. It’s a matter of life and death - and we’re all in this together.”

Previous records in Canada were shattered when the temperature in the town of Lytton in British Columbia reached 49.6 degree Celsius, setting off a wildfire that a few days later almost wiped out the entire town.

Flash floods have caused chaos in many other places this summer, including parts of China, Germany and even London. A year’s worth of rain recently fell in China in three days. Downpours in a summer of extreme weather have killed hundreds of people across China’s central region. The German government has approved a €30 billion relief fund to help those severely impacted when the most torrential rains in a hundred years caused rivers to burst their banks and sweep away homes and other buildings. Torrential rain in London turned streets into rivers and amid the travel chaos some bus passengers had to be rescued by raft.

That’s probably not the end of the story this summer as September continues to be a hot month even here in Portugal -  and the summer season has yet to begin in the southern hemisphere. On the first day of summer in December last year, the city of Perth in Western Australia recorded a temperature of 6.6 degrees Celsius, making it the coldest morning in 124 years. In the first days of January last year, however, wildfires brought tragedy to communities in south-eastern Australia. With much of New South Wales and Victoria ablaze, smoke shrouded the nation’s capital, Canberra, and spread out across the ocean, leaving about 3,000 homes destroyed and a billion animals affected.

All this is becoming the new norm and it will have to be fully addressed in the cool of November when world leaders gather in Glasgow, Scotland, for the United Nations Cop 26 climate change summit.

The UK Met Office has reported with unintended irony that the city of Glasgow has just experienced its hottest summer since records began in 1884.

Posted by Portugal Newswatch at 7:00 PM