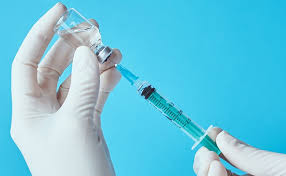 Portugal is reckoned to be number one or two of the most fully vaccinated nations in the world, but there are serious concerns of a possible expansion of COVID-19 if vaccinations continue to lag so far behind in Africa.

About 80% of Portugal’s total population of just over 10 million have been fully vaccinated, according to the national health authority, DGS.

Almost all adults over 65 and half of young people aged between 12 and 17 have now been fully vaccinated.

The head of Portugal’s vaccination task force, Vice-Admiral Henrique de Gouveia e Melo, has been widely praised for setting up a speedy campaign that has allowed Portugal to lift most of its coronavirus restrictions.

He said during a recent visit to a vaccination centre near Lisbon: “I'm not concerned if we are number 1, 2 or 3 (in the world). What I want is to control the virus - to vaccinate as many eligible people as possible so the virus doesn't have room for manoeuvre.”

The Reuters news agency went on to quote Gouveia e Melo as saying that Portugal started to inoculate at the same pace as other European Union nations, but as anti-vaccination movements grew elsewhere, Portugal speeded up the rollout and only about 3% of the population consider themselves vaccine "deniers".

Gouveia e Melo warned, however, that the battle against COVID-19 was not over until all countries, rich and poor, can properly access vaccines.

"We are over-vaccinating in richer countries and then there is zero vaccination in poorer countries," he said. "I can't agree with that - not only due to ethics and morals, but because it's not the best strategy and rational attitude."

It is estimated that in Africa less than 3.5% of the population have been fully vaccinated. Clearly this is far short of an official target of 60%, said John Nkengasong, director of Africa's Centers for Disease Control.

The head of the World Health Organization, Tedros Adhanom Ghebreyesus, said at the same briefing last week that the African continent was being "left behind by the rest of the world" and that this would allow the coronavirus to keep circulating.

Globally, the biggest international vaccination programme in history has administered more than 5.85 billion does across 184 countries, according to the data being regularly collected by Bloomberg.

The latest rate was more than 31 million doses administered per day. That means that enough doses have been given to vaccinate more than 36% of the world’s population – but the distribution has been lopsided.

As of September 16, around 64% of the United States population had received at least one dose of a COVID-19 vaccination, but the US continues to lead the world in total COVID infections (41.5 million) and deaths (665,000). Around 1,900 deaths are being reported most days.

Some scientists have warned that COVID-19 may greatly accelerate across Africa developing particularly virulent and transmissible variants that could spread to high-income countries such as the US and those in the European Union.

South African scientists have already identified and are studying a variant currently referred to as C1.2. There are special concerns about the number of mutations it contains and the speed at which the mutations have occurred.

South Africa’s national Institute for Communicable Diseases has said that since being identified in two South African provinces in May this year, C1.2 has been found in other provinces as well as the Democratic Republic of the Congo, Mauritius, New Zealand, Switzerland and Portugal. 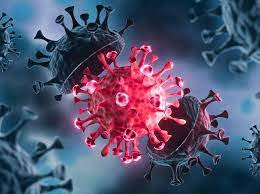 Posted by Portugal Newswatch at 6:48 PM