Sourcing info about the cities 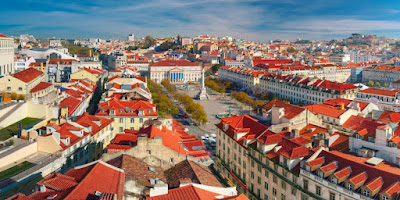 People living locally in Portuguese cities and towns from the far north to the Algarve region in the south are giving advice and tips to tourists and potential residents on a unique website constructed by CrowdsourcedExlorer.com.

“The site is fairly new but it already covers more than 5,000 cities in 185 countries, so it’s very international and the team working on it is as well,” says Lana Bezmalinović, the project’s head of operations who lives in Croatia.

Lana went on to tell us: “With local knowledge shared through comments on the site, we want to provide a platform for people all over the world to tell what those moving to or visiting to their cities should know – and for virtual travellers to see what locals think makes their cities special.

We want to give every community a voice, especially those overlooked by tour operators.”

The Portuguese section of the website is here: https://www.crowdsourcedexplorer.com/world/portugal/

Here are some examples of the information contributed by local residents.

“Lisbon is getting a lot of buzz lately thanks to its economic revival and its growing creative and start-up scene,” says Daniel who lives in the capital. “The Portuguese are excellent English speakers, so you’ll rarely have any trouble communicating, especially with the younger generations who learned English from an early age. Movies and TV shows are subtitled instead of dubbed. A huge number of  Portuguese have worked abroad, especially in the UK and in Luxembourg. It’s often these international Portuguese you’ll be first to meet as they like to mix with other cultures in the same way they did when living abroad themselves.”

Debbie, another Lisbon local says:  “someone who is interested in living in my city should know the majority of it is not actually a cycling-friendly city. However, the most important monuments and historical buildings are all concentrated in a specific part of the city and all within a walkable distance. It is a tourist city and it is worth the visit.”

There are three things someone moving to Porto should focus on to get the most out of the city,” says Eoin. “One: coffee culture is a thing. The coffee shop is a place you can meet new people, drink coffee, work, you will spend hours there! Two: the Porto football club (FCP) is the best and you should not root for Benfica (SLB), the Lisbon team. Three: try the francesinha, a very meaty sandwich that you will simply love! Have fun getting acquainted with the streets and people of Porto.

Rocio warns: “If you’re moving to Coimbra, the main thing to know is that it’s primarily a student city, well known for the University. In fact, the University bell tower is the official symbol of Coimbra, and can be seen on the large majority of its merchandise! The city is also incredibly old, and as such was built on large hills and mountains. Walking anywhere is sure to prove to be a challenge to anyone not prepared for it!”

From the northeast of the country, Catia writes: “Someone moving to Braga should learn about its history. Braga has a number of museums that showcase its past, from the Roman era, to the Middle Ages, to now. Monuments, old buildings and ancient ruins are sprinkled around the city center, giving it a historic ambience and making it wonderful for sightseeing.”

On the far northwest region, Katya offers a positive but cautious comment about Valença in the district of Viana do Castelo:  "Anyone who might be moving here should know that, although very peaceful, it is fairly isolated. That means that it isn’t always easy to access to certain services or products. My city is, however, a relatively safe place for families with kids and/or pets, with numerous green sites where they can spend time outdoors.”

Several places in the Algarve are featured including Olhão, which João knows well. “Since it’s a pretty small town, everyone here knows each other and is not afraid to talk bad about you, either in your face or behind your back. Regardless of that, we are quite known for our beautiful beaches, so it will be great if they want to spend the holidays here, in complete relaxation.”

Tavira is Madalena’s number one choice. “A person who comes to Tavira has to know how to respect nature because Tavira is protected by the Ria Formosa agreement. Tavira also has beautiful beaches, mountains. Tavira also has a historic culture with a castle and vestiges of Romans, it also has many churches and a beautiful lough. Tavira is a great city.”

And this is a great website for thoughts on cities and towns almost everywhere. Help for visitors or newcomers can be posted here:

Posted by Portugal Newswatch at 5:09 PM