The snap election: what to expect when voters next have their say 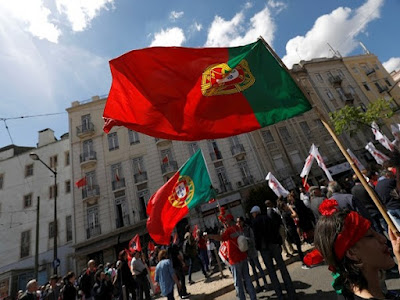 Portugal’s early general election could push the country in one of two very different directions. It could create greater national stability, or it could cause long-term political chaos.

The minority centre -left Socialist Party (PS) has been able to govern remarkably well since 2015, but the surprisingly durable alliance with the far-left has been finally shattered. When the alliance and parliament collapsed with the rejection by the Bloco de Esquerda (BE) and the Communist Party (PCP) of the draft budget bill for 2022, President of the Republic, Marcelo Rebelo de Sousa, was obliged to call for the snap election two years early. It will be held on January 30 next year.

Prime Minister António Costa has expressed determination to lead the Socialists to a “reinforced, stable and lasting majority”. He will be preparing for the election boosted by indications that his party has increased its popular support since the last general election in 2019.

Also encouraging will be the fact that Portugal's COVID-19 total vaccination rate at 87% is one of the highest in the world. It is conceivable that the Socialists could gain enough extra votes to establish a majority government.

The far-left have been shrinking in popularity and their budget rejection may have been somewhat suicidal in that they will no longer have the same influence in national affairs.

The centre-right Portuguese Social Democratic Party (PSD) and the much smaller CDS People’s Party are going through a period of disarray. The far-right Chega, formed just three years ago, is attracting more public support, but is still a long way behind the Socialists even though it could finish third in the January election.

In calling for the snap election, the first since democracy was established by the revolution in 1974, President de Sousa said, “in moments like this we need to find a solution without fear and without making a drama.” Many in Portugal’s population of 10.3 million are very worried that the January vote may lead to a political mess with no majority government or even some form of workable alliance.

The political crisis comes at a particularly vulnerable time as Portugal tries to emerge from the pandemic and focus the €45 billion in aid granted by the European Union on helping return to economic stability.  A new budget bill may not be presented before next April and whether it will be rejected again is anyone’s guess.

Confidence expressed by Portugal’s ministry of finance that growth in GDP will exceed the EU average in the coming years is now questionable. The hopeful expectation was that such growth would allow the level of well-being for Portuguese citizens to converge with that of people elsewhere in the EU.

While the PS minority government has been a staunch supporter of the EU, the far-right surge in Portugal will be viewed in Brussels with the concerns it has about the boom in nationalism in many other member states, including the Balkans, Sweden, Italy, Germany and Spain.

The next couple of months could indeed see much political drama and fear.

Posted by Portugal Newswatch at 9:11 AM