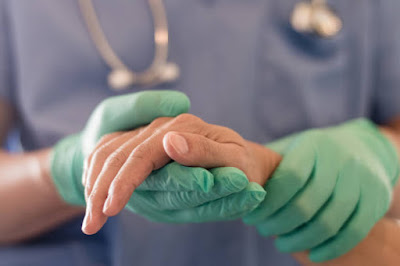 At some stage after the election on 30th January, the Portuguese parliament will probably want to update the previous parliament’s plan to legalise euthanasia.

A complex and controversial subject sometimes difficult to cope with by those directly involved, euthanasia must have well-defined legal and medical parameters for physicians, just as it requires a profound personal decision by those facing death, and maybe their families too.

In general terms, euthanasia and assisted suicide mean the deliberate ending of a person’s life to relieve unmanageable suffering. It is often carried out at the voluntary request of a patient of sound mind by doctors painlessly administering, or withholding, a vital drug. Assisted suicide under the supervision of a doctor in accordance with strict conditions usually allows a patient to personally use a drug to end their own life, or insist that all life support should be stopped.

Portugal’s parliament approved a euthanasia bill in January this year, but it was rejected in March by the country’s Constitutional Court to whom it had been referred by President Marcelo Rebelo de Sousa. The court, the highest in the land, ruled that the proposed bill was too imprecise.

A revised version, which was backed by a large majority of parliamentarians last month, was again vetoed by the president on the same grounds. There was insufficient clarity in the wording. It has been pointed out, for example, that the degree of illness to justify euthanasia was variously referred to in the bill as “fatal”, “incurable” or just “serious.”

The composition of political parties in the next parliament may bring about a different attitude to the draft euthanasia proposal, but if and when it passes into law, Portugal will join a few other countries with legislation on euthanasia, namely Spain, Belgium, The Netherlands, Luxemburg, Canada, Colombia and New Zealand. Physician-assisted suicide is legal in Switzerland, the American states of Hawaii, Maine, New Jersey, New Mexico, Oregon, Vermont and Washington. It is also legal in parts of Australia.

Many people in Portugal, where the predominant religion is Catholicism, firmly oppose euthanasia on the grounds that it is against “the word and will of God.”  President de Sousa is himself a staunch Catholic. Other reasons for opposing euthanasia in Portugal and elsewhere on religious or moral grounds include the belief that it disrespects the sanctity of life, that it underestimates the value of hospice care, that it can be abused for financial reasons, that it gives doctors too much power, that it may discourage research into the development of new cures.

The view of some Christians and non-religious people, however, is that euthanasia carried out entirely legally and under proper conditions allows death with dignity and is fully justified as an act of love and compassion.

What do you think?

Posted by Portugal Newswatch at 6:58 PM