Main concerns for the new year 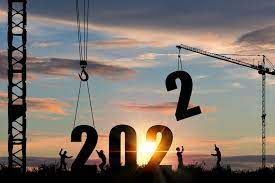 The first major event for the Portuguese population will be the national election on 30 January. Hopefully the turnout of voters will be higher than usual and give one of the parties an overall majority, or at least lead to a working coalition to stabilise the country for the next four years. Bolstered by its competent handing of the COVID crisis, the centre-left Socialists (PS) led by Prime Minister Antonio Costa are still favourites to win. The far-right Chega party will certainly increase its representation in parliament and may finish third in the election after the centre-right Social Democrats (PSD). The Left Bloc and the Communists are trailing. One of the first tasks of any new government will be to review the 2022 budget proposals rejected by the previous parliament, which led to this month’s snap election.

As it enters its third year, there is no chance of the pandemic going away anytime soon and probably not in the 12 months ahead. More irritating uncertainties, controversial decisions and disruptions are expected. Like the rest of the European Union, Portugal finished 2021 with a surge in infections caused largely by the Omicron variant. High vaccination rates and everyone abiding by the necessary restrictions will be essential to keeping hospitalisations manageable. The official mantra will probably be unchanged: “The Portuguese government has been taking all necessary public health measures to protect the entire population as well as our visitors.” Caution: COVID can be a fast changing scenario, but some website articles are published without a date and are, in fact, out of date.

On the shores of the Atlantic but still part of the Mediterranean climate region, Portugal is one of the most vulnerable European countries to extreme weather conditions. Worsening heat-waves, wildfires and droughts are anticipated, endangering agricultural production, natural habitats and wildlife. Sea levels will continue to rise and pose a threat to coastal communities. The UN Ocean Conference scheduled for 27 June to 1 July in Lisbon will address the impacts of climate change on the world’s oceans, which is one of the most significant challengers to achieving the 2030 Agenda for Sustainable Development. Of special concern is “eco-anxiety”. In a recent survey, 81% of Portuguese respondents aged between 16 and 25 said they felt “frightened,” “sad”, “helpless” or “angry” because what they perceived to be a lack of global action on climate change.

As in most other European countries the pandemic sparked a recession in Portugal, but the latest OECD survey predicts that the economy will grow by 5.8% in 2022 with the gross domestic product surpassing its pre-crisis level by the middle of the year. The survey notes that robust growth is mainly driven by domestic demand and will be stimulated by the absorption of EU funds. Portugal is to receive €13.9 billion in grants and €2.7 billion in loans from the EU until 2026. The timely arrival of €2.2 billion, 13% of the pre-financing payment under the EU’s recovery and recovery programme, could be complicated if there is a failure to end the current political stalemate in this month's election. The recent rise in production costs, due mainly to energy prices, is not expected to fuel underlying price pressures substantially.

Tourism and travel-related revenues accounted for 19.8% of the country’s GDP in 2019. It had increased from 11.9% in 2000, growing at an average annual rate of 2.83%. This sector will have to cope with the inherent difficulties of COVID if the pandemic carries on into spring and summer this year. Much will depend on any restrictions on airline and hospitality services, particularly in the Algarve, Lisbon and Porto regions, as well as the ease with which holidaymakers will be allowed to travel from Portugal’s six top markets, namely Spain, France, the United Kingdom, Germany, Brazil and the Netherlands. Visitors from abroad will be welcomed figuratively with open arms, but many more workers will be needed. The shortfall of workers in the travel and tourism sector is said to be 85,000.

The International Consortium of Investigative Journalists (ICIJ) and the NGO Transparency International will continue to their work in uncovering corruption that has been rampant at top levels of society in Portugal for years. ICIJ’s 2021 ‘Pandora Papers’, following its earlier ‘Luanda Leaks’, has exposed the hidden assets and secret offshore dealings and criminal enterprises of the global elite. One of ICIJ’s targets has been Isabel dos Santos, the billionaire daughter of Angola’s former dictator, once distinguished as Africa’s richest woman, now disgraced and living in exile. Her assets in Portugal and elsewhere have been seized and she is banned from the US as various criminal investigations continue. Other cases we will be hearing more about in 2022 involve former Portuguese Prime Minister Jose Socrates who is awaiting trial accused on multiple corruption charges and former economy minister, Manuel Pinto, arrested for alleged corruption linked to the energy company EDP.

Posted by Portugal Newswatch at 3:25 PM